Did you just incorporate a boxer dog into your family? Great! I’m sure you’ll make great friends. But now… it’s time for something important, to decide what name to give it! If you’re here it’s because you’re a mess, it’s no big deal, we have so many names to propose that you’ll surely find the ideal name for your boxer.

If your dog is a male boxer you can choose great names such as names in Japanese: Hayato which means brave, Puchi which means small, Shiro (great for white boxer as it means white) or MouKou which means strong tiger. If Japanese is not your thing, you can choose male boxer dog names in English such as: Happy, Peace, Speaker, Michael, Tommy, Carl, Malthus or Steve Urkel. 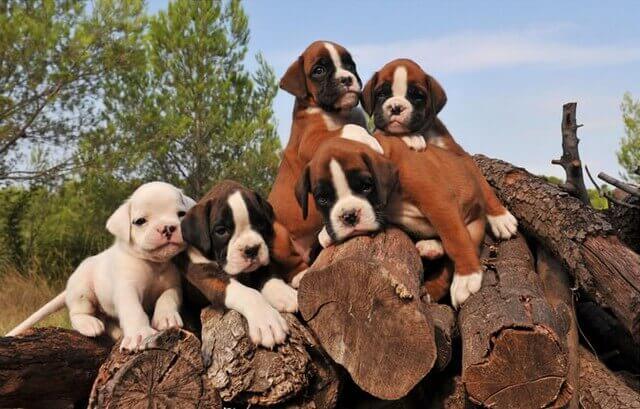 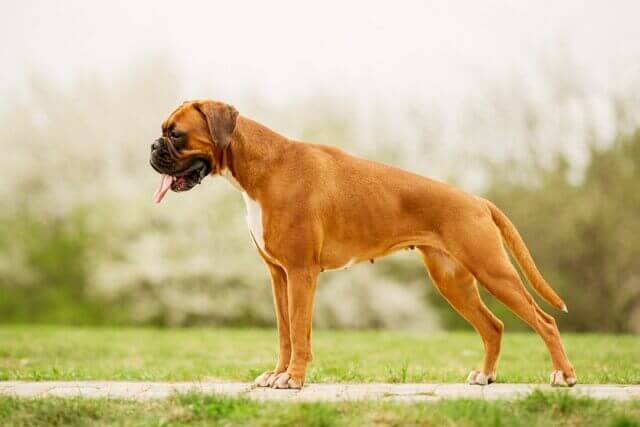 If your boxer dog is a female, you may like mythological names such as Athena, Iris, Aphrodite, Cassiopeia or Artemis. There are also great names in English for female boxer dogs like: Brooklyn, Harley, Queenie, Diva or Rebel. Think about what your dog is like, what it reminds you of, and make a list of all possible names. Then you can vote with family or friends for the preferred name. Here are a lot more great names:

Boxer names according to their characteristics

Boxers are very energetic, they need daily activity. They are playful, they like to be with other dogs and their owners. It is advisable to be “firm” with them from an early age, so that they don’t get out of control. They can present different colors, the most common are beige, black, mahogany and cinnamon. They have great physical capacity, are athletic, agile, with great instinct and power. Having said this, we have gathered some names for Boxer that go perfectly with their characteristics: 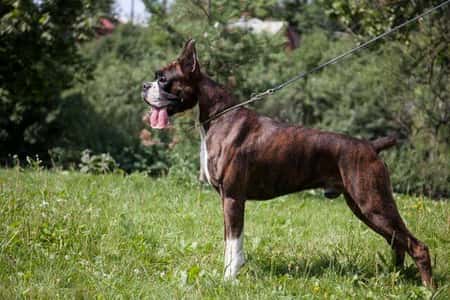 Thanks to the data provided by our visitors, many of whom have Boxer dogs, we have discovered new trends in names for this breed, as well as names that are becoming very popular in recent years.

First of all a name that is trend is Drogo, one of the characters of the first season of Game of Thrones. Another name that has increased its popularity is Ragnar, name of the protagonist of the television series Vikings.

Another trend is calling your dog by boxers name, the most popular are: Floyd, Mayweather, Canelo, Broner, Tyson, Brooks, Joshua and Anthony.

Not everyone is going to be a name that conveys “strength” and “might”. It is also a tendency to call your Boxer with a funny name. Here they stand out: Toy, Shin Chan, Minnie, Kitty, Bombón, Lolita… 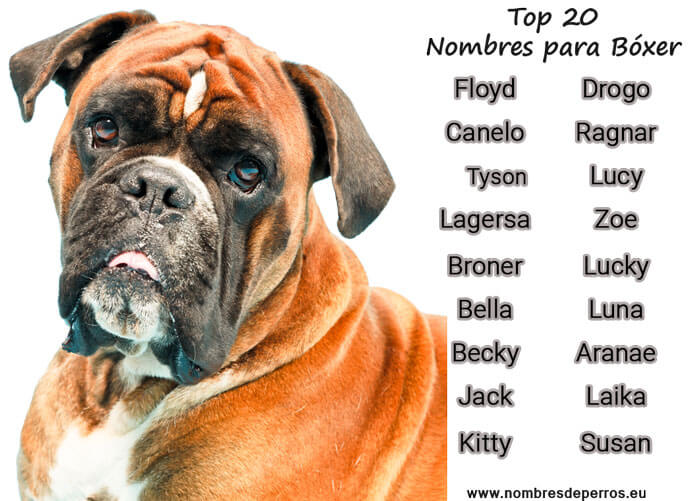 As many of you may already know, the Boxer breed originated in Germany, from where it spread far in the 19th century. It’s the result of the mixture of the Barenbeiszer, Bullenbeisser and Bulldog breeds. Knowing this, we have gathered in a list names of German origin or inspiration: 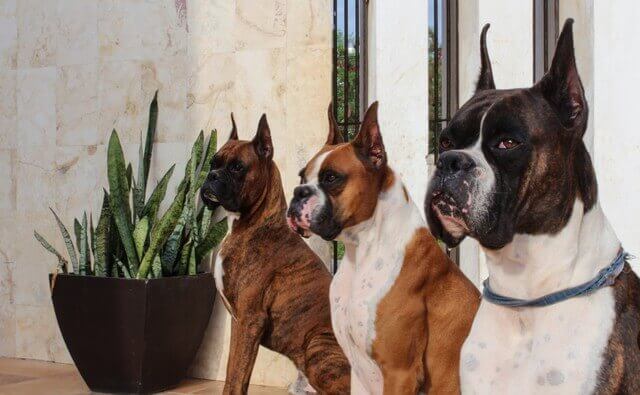