Arabic names for dogs are enjoying increasing popularity, especially among those who have a dog of Arab origin, such as the Saluki, a large dog that can reach 30 kilograms as an adult. Originally from Egypt, is considered one of the first breeds that man managed to domesticate and integrate into the family, being used at first for hunting.

In order to make your task easier, we have gathered the main Arabic names, for female dogs, male dogs and also some neutrals. Let’s begin:

A first piece of advice we can give you to find the right name for your puppy is to pay attention to its physical characteristics and character. Surely your puppy has some amazing qualities that will attract the attention. For example, a good Arabic name for a Maltese bichon would be Abyad, which means White, or Thalaj (snow).

We can also pay attention to the history of their breed or its origins, for example as we have commented before the Saluki breed was used in its beginnings to hunt (like many others, for example the yorkshire terrier is a great mice hunter, as are also the Braco or the Pointer breeds). Bearing this in mind a good name could be Siad, which means “hunter” in Arabic. 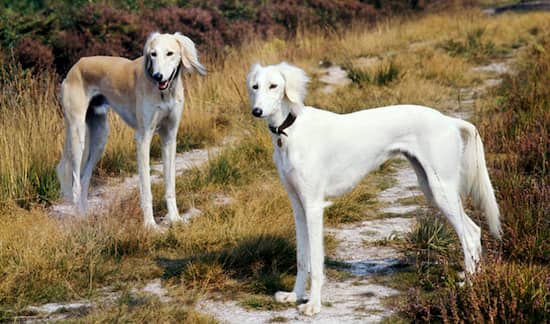 If you have a new puppy girl at home choosing an Arabic name for her can be an original and fun idea. There are many nice and uncommon options, with which you make sure that her does not go unnoticed. Next to each name you have the meaning, so that it is easier for you to choose. 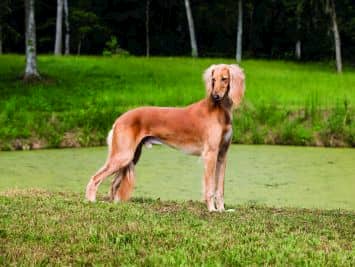 The 50 best Arabic names for dogs

Those of you who have ever visited an Arab country will know that it’s not very common for families to have dogs, and those who have dogs often live in rural areas where they have a role in controlling livestock.

But although dogs are not very popular in the Arab world, their language gives us many possibilities to learn from. That’s why we’ve put together some of the best Arabic names that can be great for your pet: