You just adopted a Labrador retriever? That’s great! Well, now the next step is to choose a name for him or her. Here we give you many great ideas, so you can find a fancy or funny name, there are many options.

If your puppy is a male, ideal names for him can be those linked to comics such as Tintin, Asterix, Spirou or Blake. You can choose a name that is related to the Labradors’ country of origin, Canada. Thus, names for male Labrador retrievers linked to Canada can be Quebec, Calgary, Baffin and Hudson (like the bays). If you want to give a funny name to your male Labrador you can think of Bill, Niki, Donald or Bolero.

See the list below for more names for male Labrador retrievers, and you’re sure to find the right one for your puppy. 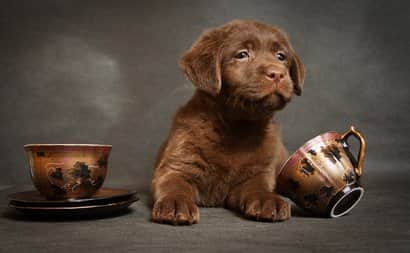 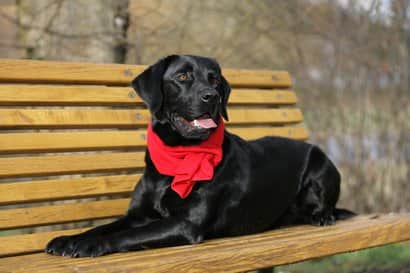 If your Labrador puppy is a female, being a Canadian breed, you may want the name to be related. So, a great name for a female Labrador is Ottawa. If your Labrador puppy has a chocolate coat, you might want to name her Nestle or Switzerland (because of the chocolate). If your female dog is white, a cool name could be Yukie which means snow in Japanese. If she’s yellow, you could name her Cotón, which means peach, for example.

Names for Labradors according to their characteristics

The Labrador Retriever is a large dog, which as an adult can reach up to 34 kilograms in weight and about 50-55 centimetres in height. Their coat can be of different colours, the most common being yellow, chocolate, black and silver. This breed has hard, short hair, drooping ears, a not too elongated muzzle and a compact body, although it is longer than it is wide.

It’s a breed that originated in the north of the American continent it was used in fishing due to its ability to get around in the water and perform tasks to help fishermen. Due to its intelligence and instinct, the Labrador is a highly valued dog for tracking and police assistance.
Their character is noble and calm, this breed is considered a perfect dog for families with children because it is very easy to socialize, is perfectly adapted to other animals and strangers. If you are lucky enough to have a Labrador Dog at home, we have prepared a list of names that we hope you will like: 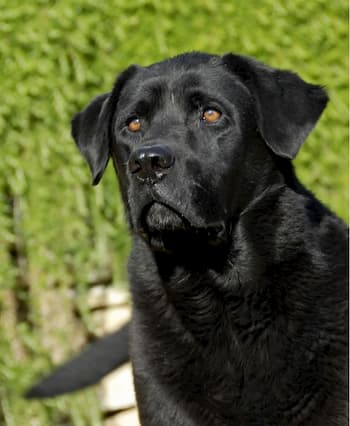 Black is another possible colour for a Labrador, perhaps less common than chocolate or yellow, but it is also beautiful. The only problem we would personally put is that black enhances the breed’s beautiful features a little less, especially on the face. But it is undeniable that they look beautiful and do not go unnoticed.

If you have a black puppy at home or you are thinking of adopting one soon, take a look at the following names for black Labradors: 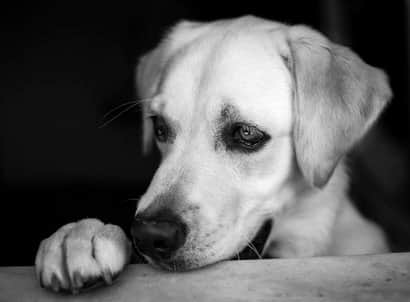 Yellow is the most common colour in the Labrador breed, according to Petmd data about 70% of registered dogs in the United States are of this colour. Many think that yellow is the colour that best suits him, but There’s no accounting for taste, right? If you have a puppy with these characteristics we have selected the following names for males and females: 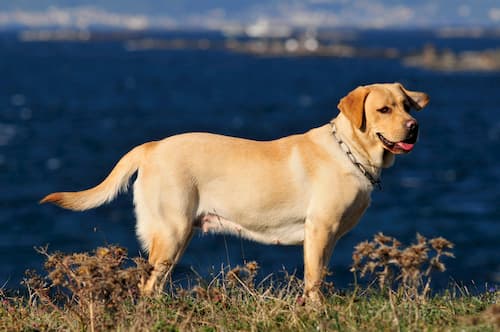 350 Ideas for naming your Labrador

We have elaborated a list with names for male and female dogs of this breed, not only have we included the most popular and usual names, but also new and originals names. 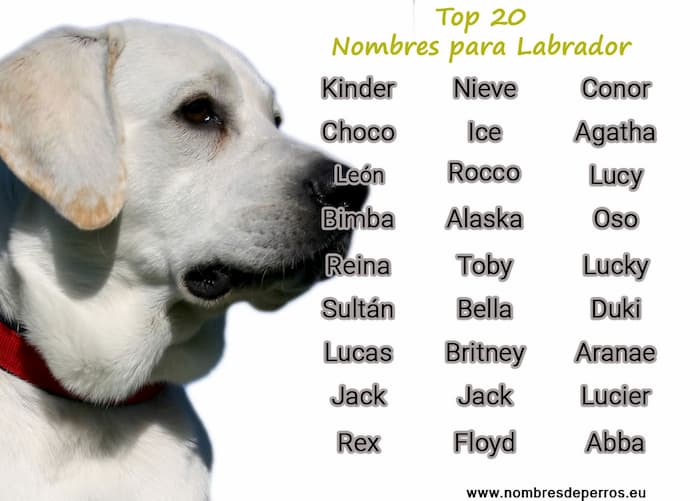