The Rottweiler breed is one of the most popular of “large dogs”. Sometimes we hear a lot of prejudice about them, but whoever has or has had a Rottweiler knows how wonderful they are. To help you find the perfect name for your puppy, we’ll talk a bit about the breed, its origins, characteristics and temperament. 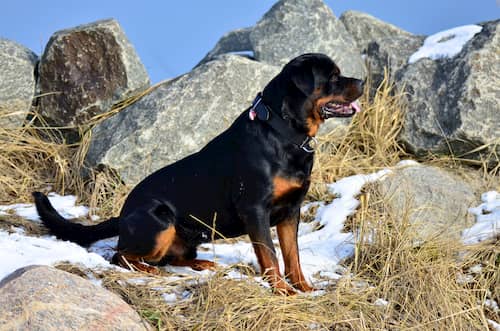 Many people believe that when talking about large dogs, males are more protective and guardians than females. This belief is erroneous, females Rottweiler for example have a strong character and are very protective with their family. The differences are usually in size, males tend to weigh and measure more than females.

If you are lucky enough to have a female of this breed, we thought you might like the following names: 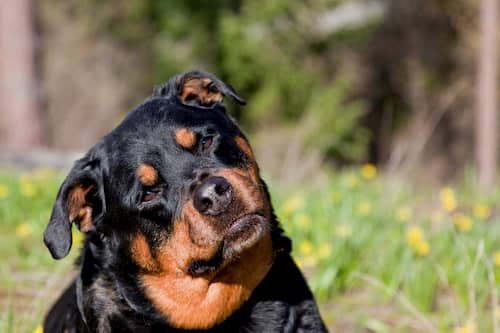 Names for rottweiler based on their characteristics

The Rottweiler breed is originally from Germany, specifically developed in the city of Rottweil, hence its name. From the beginning they stand out as excellent working dogs, due to their physical qualities. Adults can reach 55 kilograms in weight, and about 65 centimeters high.

They are black with some patches in fire-golden. They are very muscular, have an impressive physical capacity, so they are considered one of the races with more strength and power.

As far as their character is concerned, they are friendly and affectionate dogs with their owners and close family. They are more distant with strangers, especially if they are not socialized since they are puppies. This is an important point, since Rottweiler dogs have a very strong character, and if they don’t socialize enough we’ll have problems with other people and animals when they become adults. Another thing to keep in mind is that it’s necessary a correct training since they are small, to avoid future bad behaviors.

20 German names for your rottweiler

Since it’s a German breed, an original option would be to look for a German name for our puppy. Most of you won’t know many words in this language, that’s why we have gathered some names with their meaning to make your task easier: 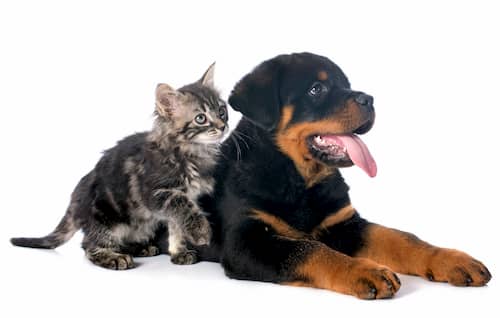 The best names for a rottweiler

In these years there have been many rottweiler owners who have sent us the name of their dog and have voted to choose the best or most popular names. Thanks to them we have elaborated the following list, in which surely you will find the one that you look for: